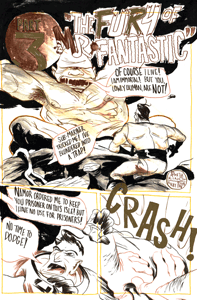 Tom Williams is an illustrator and graphic artist based out of Columbus, Ohio – also the home state of project owner Jason Young. Jason met Tom at the annual S.P.A.C.E. (Small Press And Comic Expo) show in Columbus last year, and made a deal for this commission on the spot.

Tom Williams is best known for the graphic novel No Dead Time, from Oni Press. You can find his art and other works at opencrashcomics.com.

As much as Jason loves the other pieces in this collection as equals to Jack Kirby’s originals, Tom Williams did the impossible. Jason thinks Tom’s version kicks Kirby’s ass. 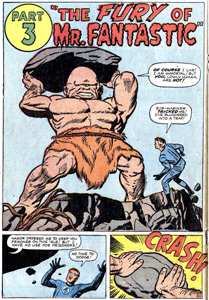